from Chapter 4 Building Software at Every Change, Continuous Integration

在CI一書中, 它將build分成三個種類
A. Private Build
- A developer will run a private build prior to committing code to the repository.
- By running a private build, you integrate your changes with the last changes available in the version control repository.

C. Release Build
- A release build readies the software for release to users.
- One of the goals of CI is to create deployable software.
- A release build may occur at the end of an iteration or some other milestone, may include more extensive performance and load tests, and must include any acceptance tests.

最後還有一招"Fail Builds Fast"
(1) Good builds know how to fail fast. It is annoying to fail after so many other portions of the build have passed, and you are losing precious time targeting the failed targets.
(2) It all depends on what is more likely to fail most often on a particular project. 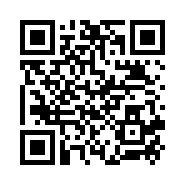